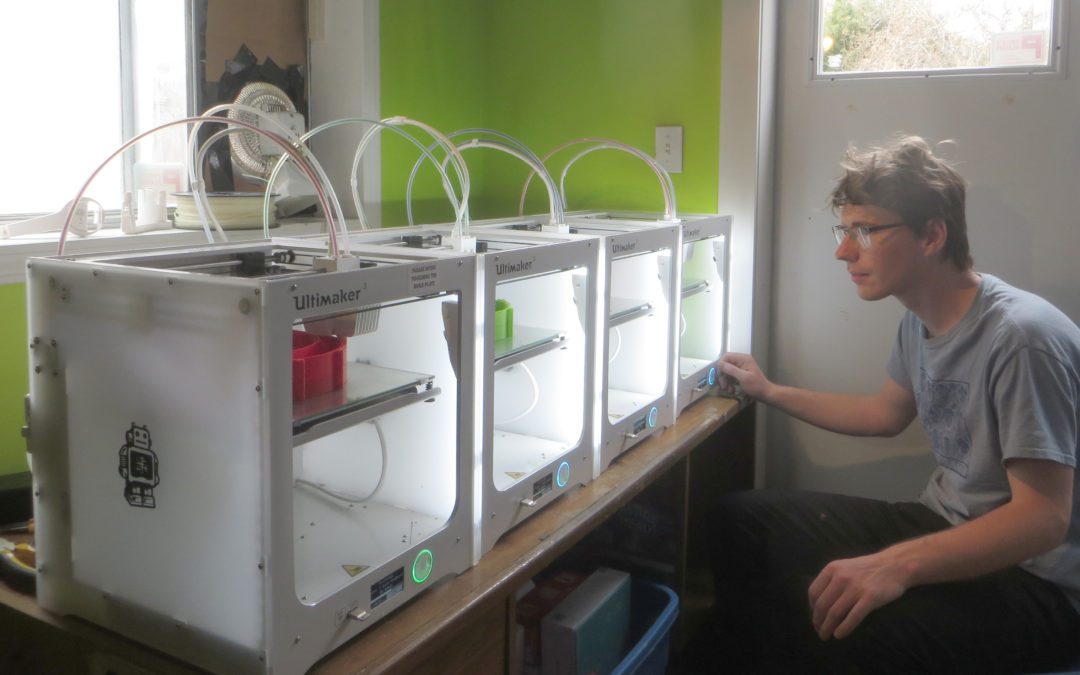 “Where Science, Technology and the Visual Arts combine to augment our ability to perceive and understand the biome we inhabit and love. This is the 3D model of our surrounding terrains that we are in the process of patiently interpreting with great delight!”

What lies beneath the tides?

The first unfolding, Immersion I, was bare bones: a monochromatic relief of the dynamic terrains we inhabit in the southern Gulf Islands. This iteration foregoes the representation of a most important element—water—revealing the mysterious dimensions of the ocean-scape that surrounds us. In the first part of this process I  merged and rendered as a relief, with as little traces as possible, thirty 20 cm2 3D-printed blocks which were created and assembled into one unit by James Tyrwhitt-Drake. This seamless revelation of our surroundings does honour to the earth, revealing the trenches, troughs, fault lines, and plains that lie hidden beneath the Salish Sea.

The second part of this project, Immersion II, is being completed by James Tyrwhitt-Drake and will be presented soon, in Spring 2022, bringing this 3D model to life with colour representing depths and elevations, sharpening the joy of an expanding sense of space and place.

Ferry rides will never be the same…

Once upon a time, 230 million years ago…

The topography of the islands and relief of the surrounding sea floor is an artifact of both the deep geological history and the recent glaciation of the region. The higher regions on Vancouver Island and parts of Saltspring Island represent an ancient suite of volcanic and sedimentary rocks that formed way out in the ancestral Pacific Ocean 230 million years ago. These rocks collided with the western edge of North America by the Cretaceous. In the Late Cretaceous (roughly 85–70 million years ago), subsequent erosion of these landmasses filled the marine basin between them with an assortment of sediments that lithified to become conglomerates, sandstones and mudstones which form the bedrock that predominates in the region of the Salish Sea, particularly in the Gulf Islands. These layered strata were then folded and folded in response to tectonic stresses associated with continued convergence along the outer margin of the North American plate.

The linear and skewed surface expression in the Gulf Islands reflects this deeper geological history, but much of the Salish Sea’s present form is the result of the sculpting and scouring of glaciers and ice sheets over the last few million years. The steep mountainsides and smoothed knolls represent places where glacial ice (presumed to be more than 1000m thick) was in harsh and abrasive contact with bedrock both above and below sea level. As the ice sheet retreated, it dropped a veneer of sediments scraped from the landmass that is now known as southwestern British Columbia. Changes in sea level (at times varying from more than 100m higher to 20m lower than present) meant that islands in the sea endured periods of submersion and connection. The flat “plains” along the sea floor just west of Vancouver and adjacent other large rivers that line the basin represent  post-glacial accumulations of sediments where these rivers meet the ocean.